At KYNETIC HEALTH, we believe that there is nothing more important than helping to improve the quality of life of our patients.

Whether due to an injury or the natural aging process (or both), we can begin to lose mobility in some of the most important parts of our bodies – preventing us from enjoying many of the activities we value most, such as hikes through our beautiful southern Arizona or playing with our grandchildren. Many of us also live with pain, such as aching muscles, joints and osteoarthritis – issues that prevent us from sleeping, working or living well.

At KYNETIC HEALTH, our mission is to help treat the cause of your pain and help to reverse many of the signs of aging that can make you feel like a prisoner to your body – with innovative medicine such as PRP (platelet rich plasma) and stem cell therapy. As a leader in the fields of Sports and Regenerative Medicine, Dr. Lebeck and our team of medical professionals have successfully helped the overwhelming majority of our patients treat their pain or injury without surgery and without ever prescribing narcotics. 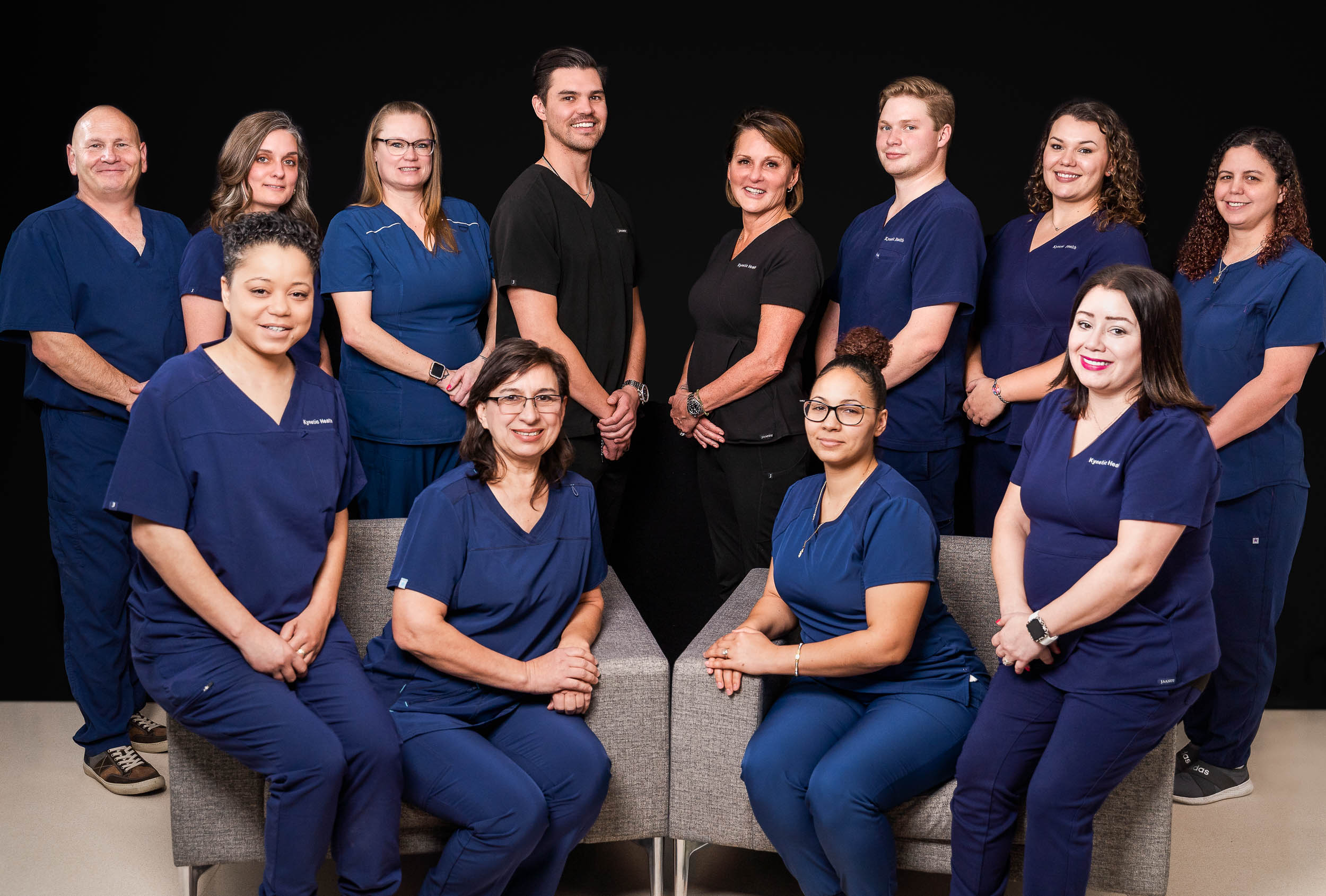 PRP or Platelet-Rich Plasma is the process in which we use your body’s natural healing abilities to heal injuries and even reverse the signs of aging throughout the body.

Doctor Ann Lebeck began her medical career in the early 1990’s as an emergency room nurse in some of the most violent neighborhoods in America – working daily to treat some of the most severe medical conditions and traumas. She would later go on to work at the esteemed Texas Children’s Hospital in Houston, where her desire to further her education and become a physician would begin to transform from a dream to a reality:

“I was always very curious to know more about the conditions of our patients and the treatments being offered – I wanted to know more about what was actually happening in the body. I kept asking the doctors and residents that I worked with to explain everything to me, until one day a resident said to me : ‘if you really want to know, why don’t you go back to school and become a doctor’. So at the age of 32, with three kids in tow, I did just that.”

Doctor Lebeck earned her Medical Degree at Ross University School of Medicine and completed her Family Medicine residency in Columbus, Ohio at the Grant Medical Center, where she would go on earn her Sports Medicine fellowship. In the years that have followed, Doctor Lebeck has worked with several professional athletes and athletic associations, including the NHL, NFL, CFL, PGA and the Arnold Strongman Classic. She has also worked with many collegiate and high school level athletes – she currently volunteers here time in support of our local Tombstone Highschool football team. She is also the official Sports Medicine Physician for the Apaches – Sierra Vista’s brand new semi professional football team, whose season begins in February 2021.

Most recently, she worked with the US Army at Fort Huachuca in Sierra Vista, Arizona – treating active duty soldiers, their families and retired veterans. 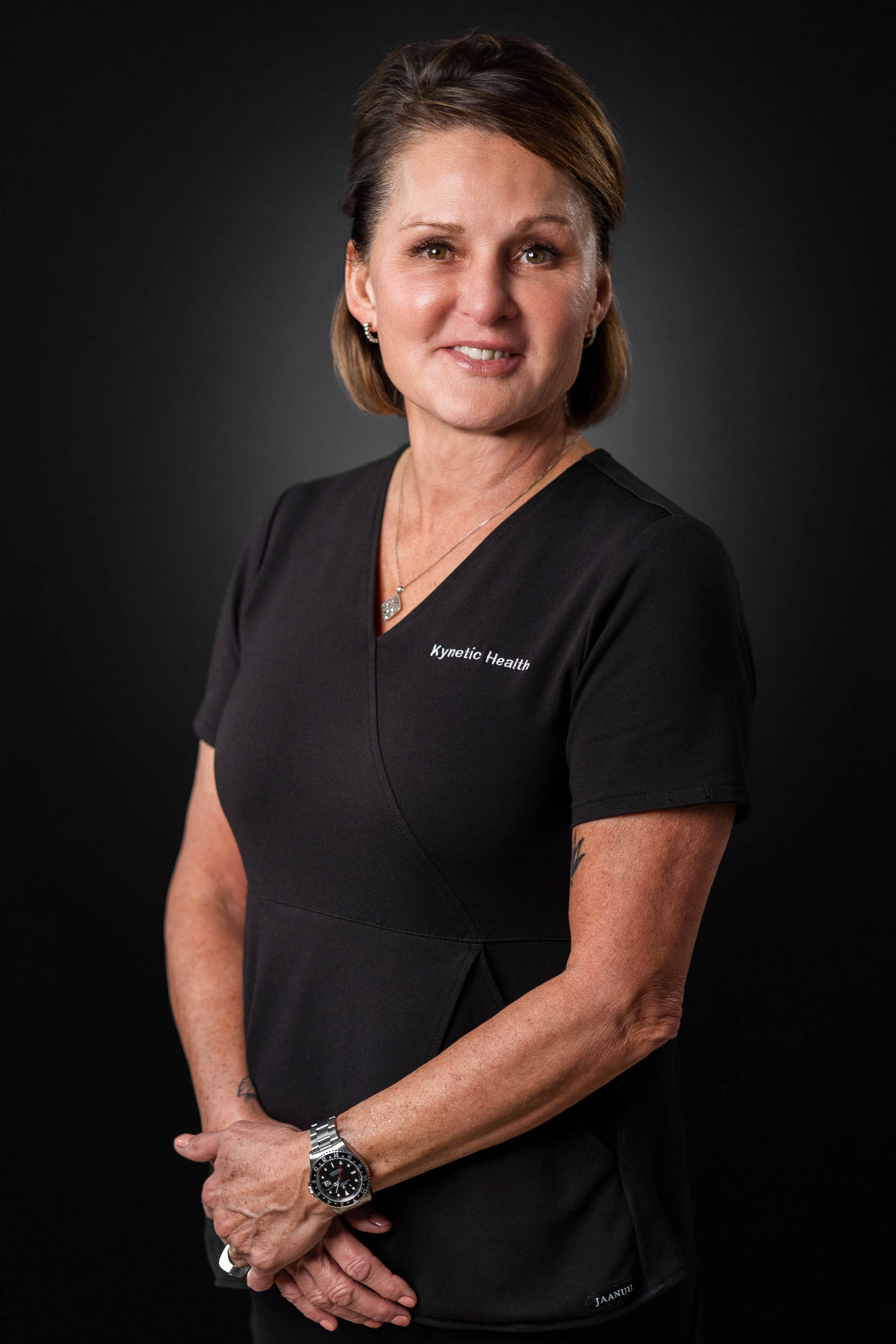 What is a Sports Medicine Physician?

Sports Medicine Doctors are orthopedic specialists who treat and manage musculoskeletal injuries and illness with an emphasis on maximizing function and minimizing disability. They not only provide care to athletes and active individuals, but also those looking to maintain a healthy lifestyle.

Doctor Trey Perkins is a recent graduate from the Sports Medicine Fellowship program at the University of Oklahoma in Tulsa. He graduated from St. George’s University of Medicine in 2016, where he would also go on to earn an MBA in Multi-Sector Health Management.

Doctor Perkins enjoys sports and outdoor activities, specifically soccer. He is looking forward to working closely with our local athletes of all ages and we are excited to welcome him to our community and to our clinic.

Doctor Perkins is scheduled to begin seeing patients as of September 01, 2021. 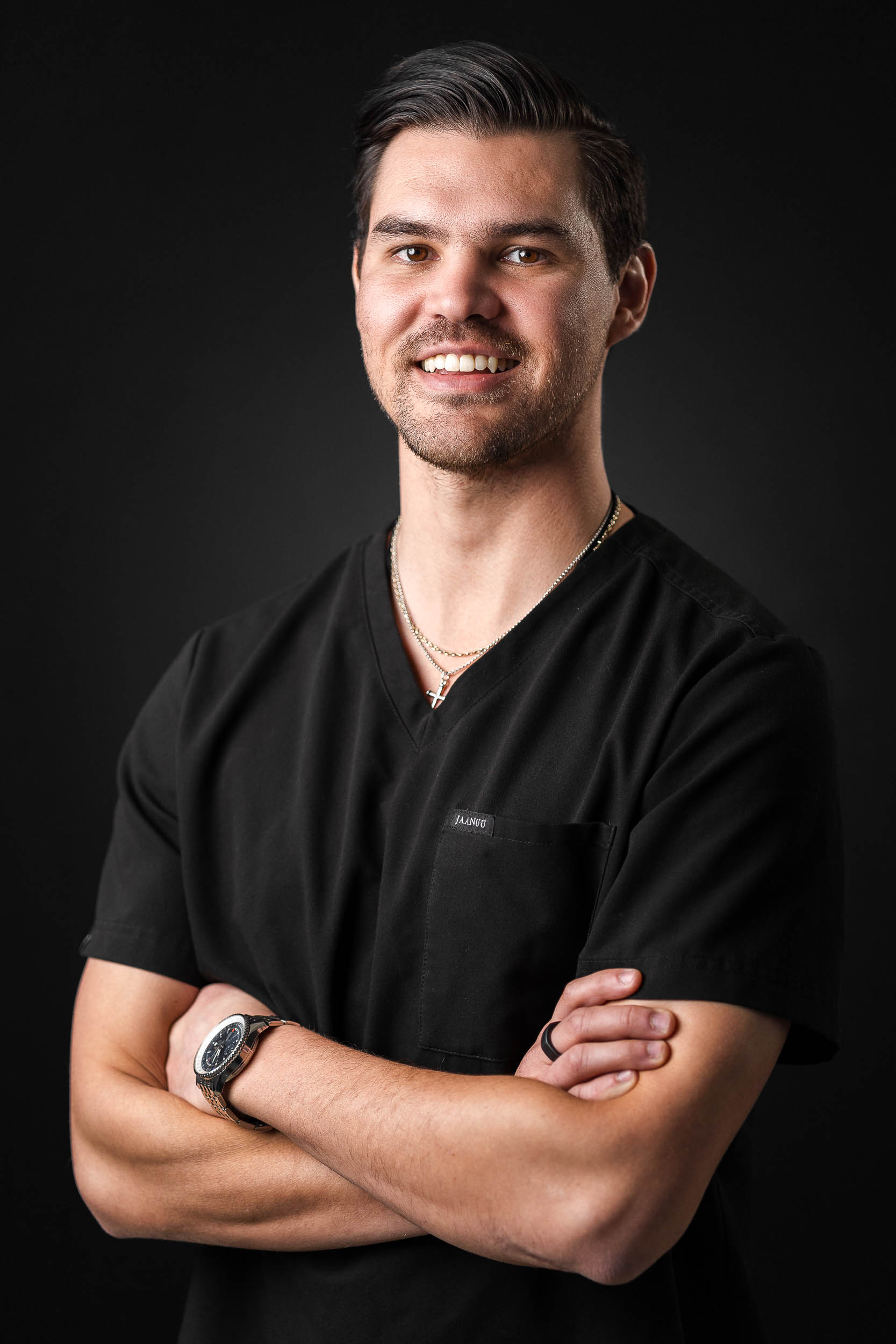 Our experienced medical professionals put your healing needs first. We are proud to provide a high quality level of customer service, medical experience, and commitment to health and wellness to all our patients. Our goal is to make you feel better as quickly as possible and offering our patients regenerative treatment options to  keep active people active. 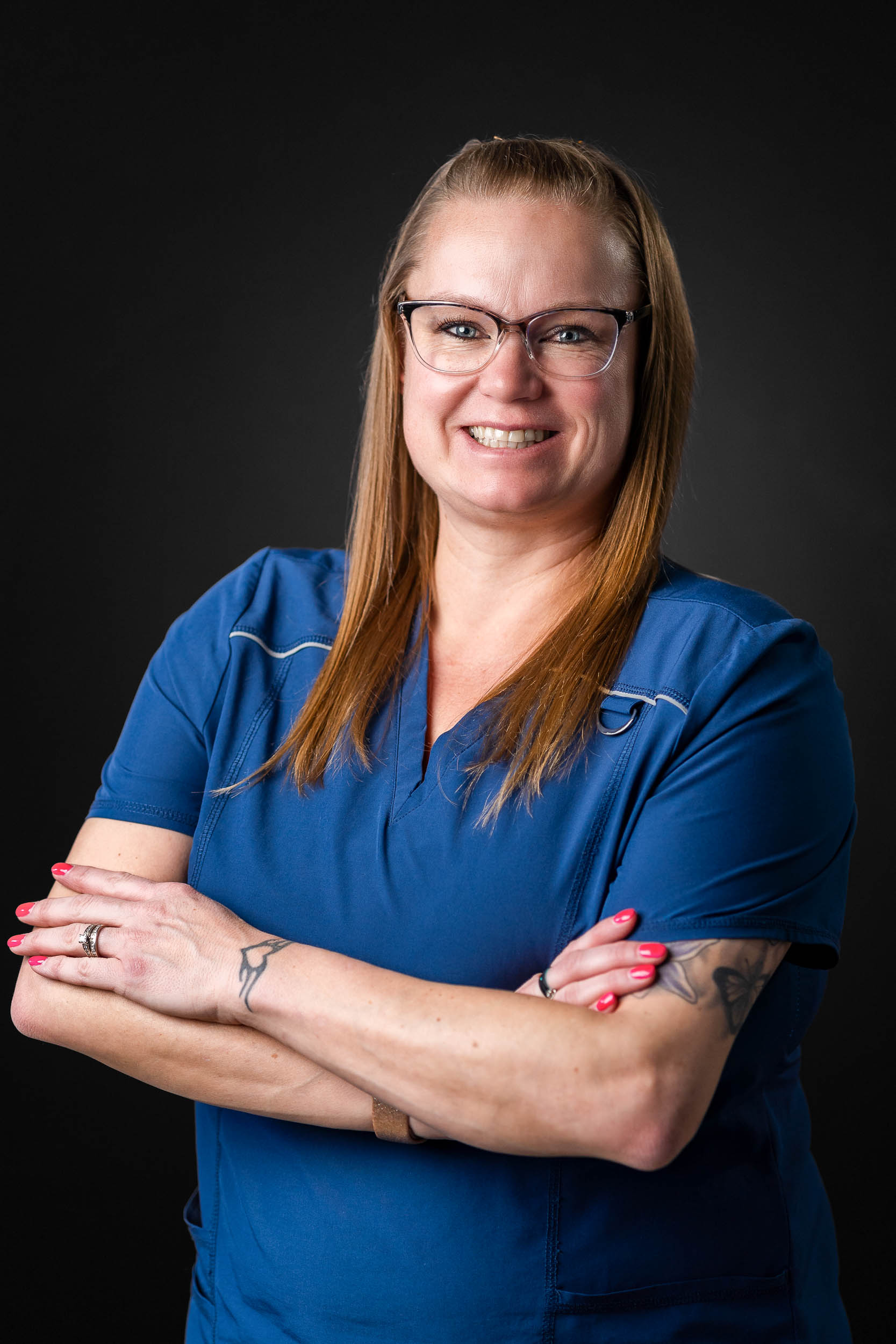 “My favorite part of working at Kynetic Health is that we get to see what helping people looks like. To be a part of a team that is willing to do whatever it takes to help our patients and relieve their pain, to see the sense of relief in the people we help”.

Originally from Nurnberg Germany, Leona Christianhas worked in multiple positions within the medical field, including as a Pharmacy Technician, Medical Receptionist and as a Human Resources Manager. An invaluable member of our team, Leona manages the day to day operations of our practice and is committed to ensuring that each member of our team and each of our patients receive everything they need to be successful. 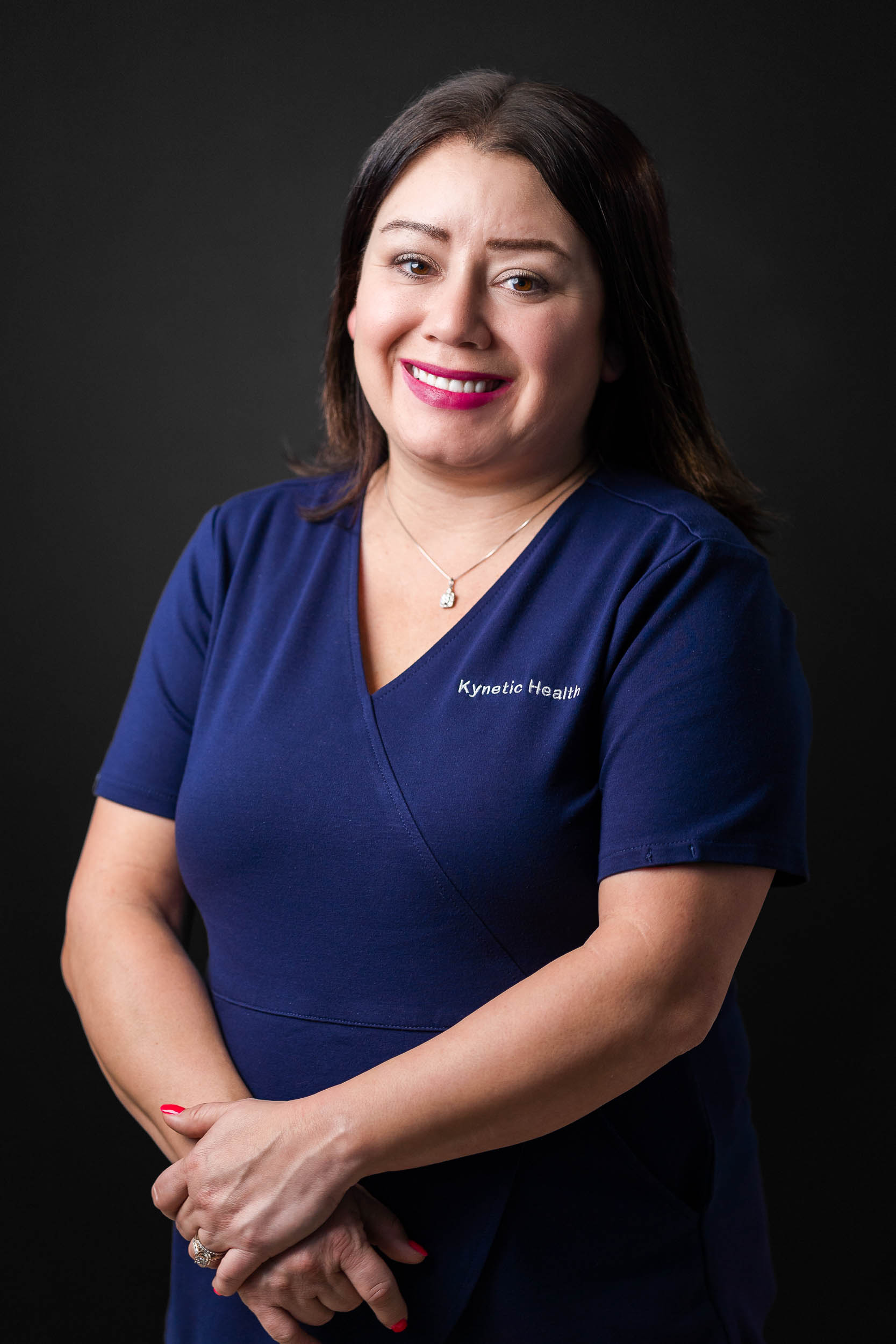 “Family is the most important thing to me and I love that Kynetic Health is just like a family. I love helping and meeting new people”.

Jessica Heath has an Associates Degree in Healthcare Management joined Kynetic Health earlier this year after moving to Sierra Vista from Kansas. 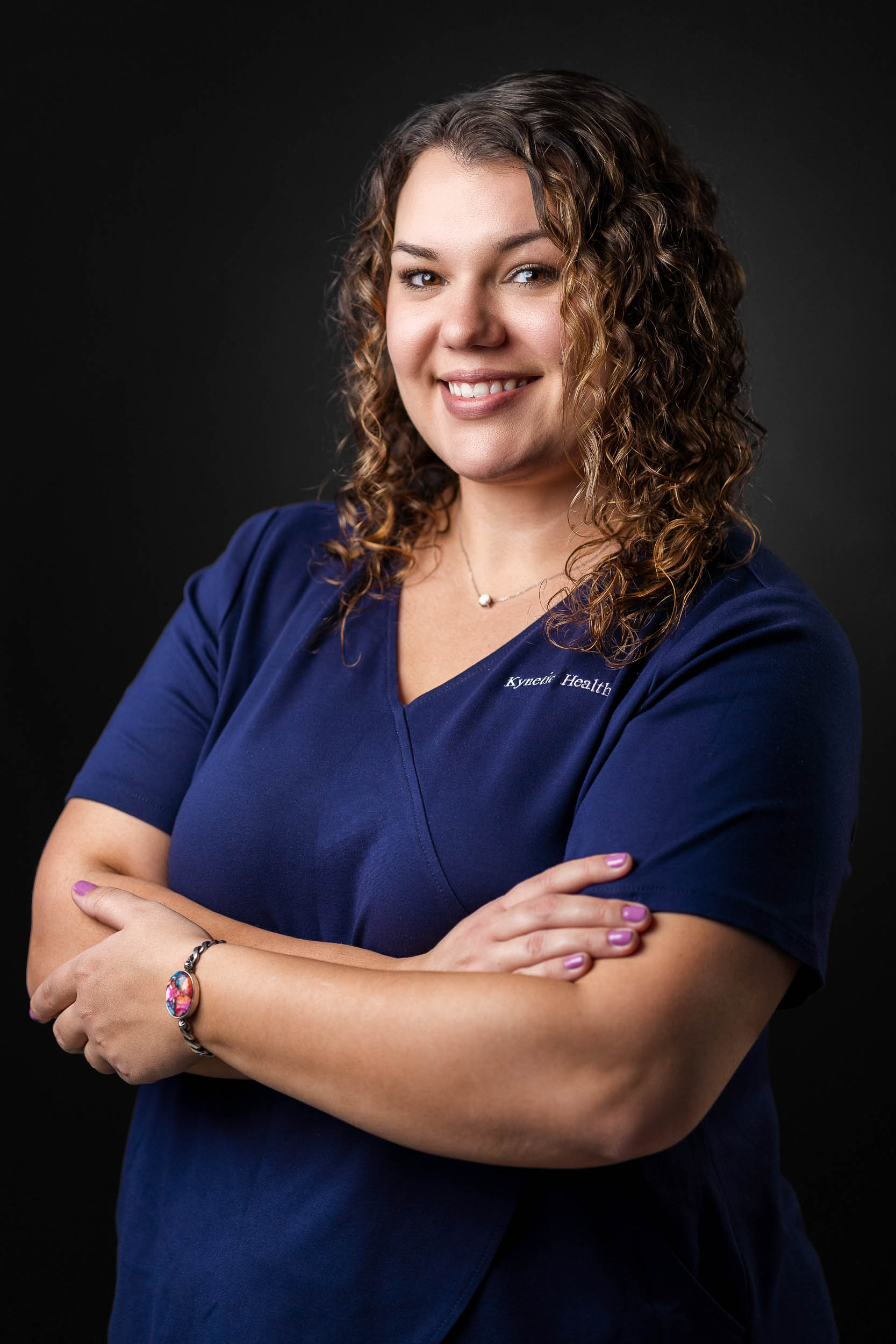 “What I love about working at Kynetic Health is seeing patients come in our doors and leaving feeling heard, seen, and cared for. And I play a small role in that”.

Maddie Vandenburgh grew up in Upstate New York, working everything from pizza counters to construction. She also enlisted in the US Navy in 2014 with hope to travel and serve her country. She currently has ambitions to go back to school to pursue a degree in engineering. 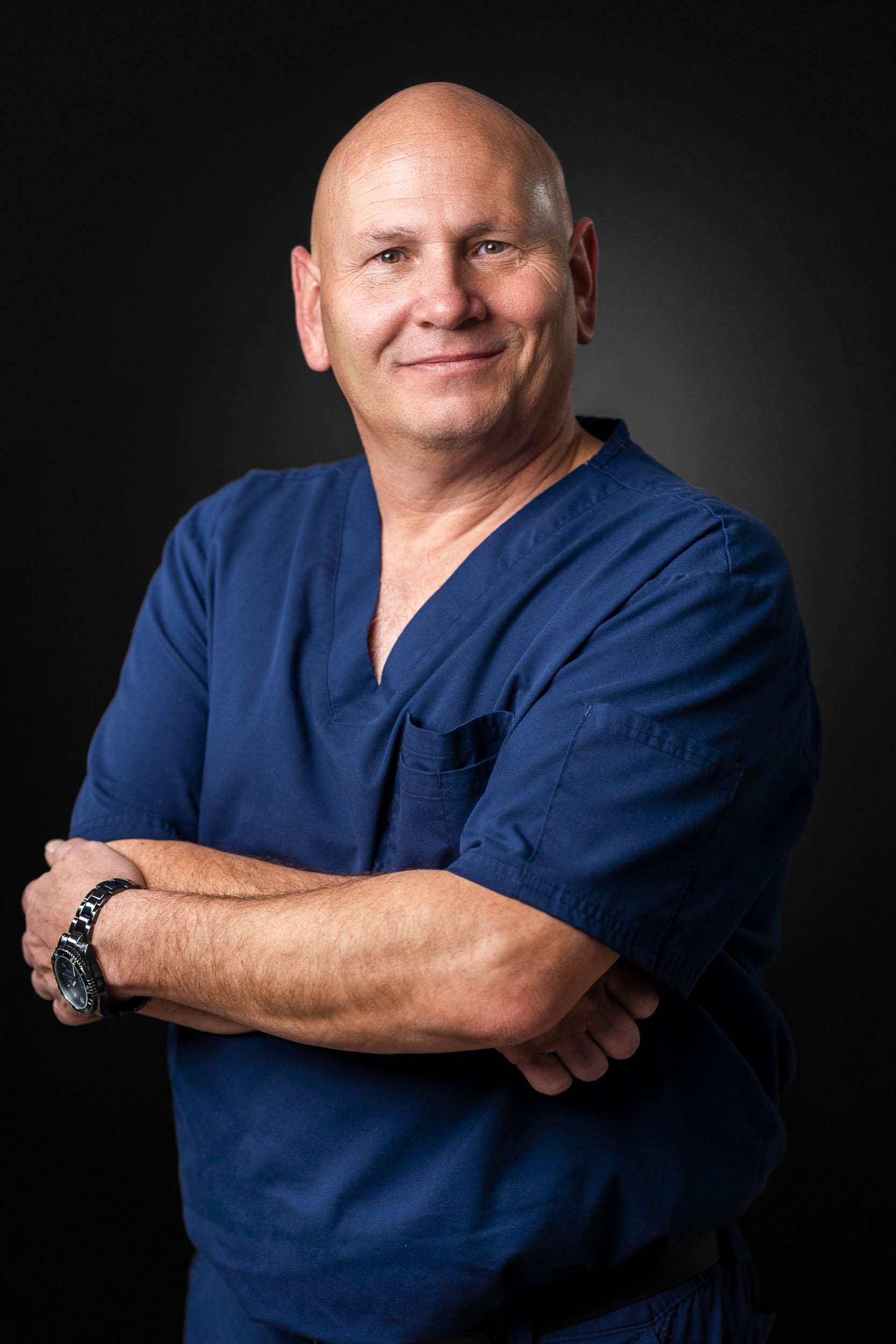 “My favourite part about being at Kynetic Health is working with a good team and that includes the patients. As soon as we get them into a room, they become a member of the team. We are in it together”.

Chris grew up in Eugene, Oregon and started his medical Career in the Army as a Combat Medic in 1991. He then did cross over training to become a Physical Therapy Assistant for the Army at the University of Health Sciences Command in San Antonio, Texas in 1995. He has been in the medical field since then, working as both a PT Tech and an EMT. 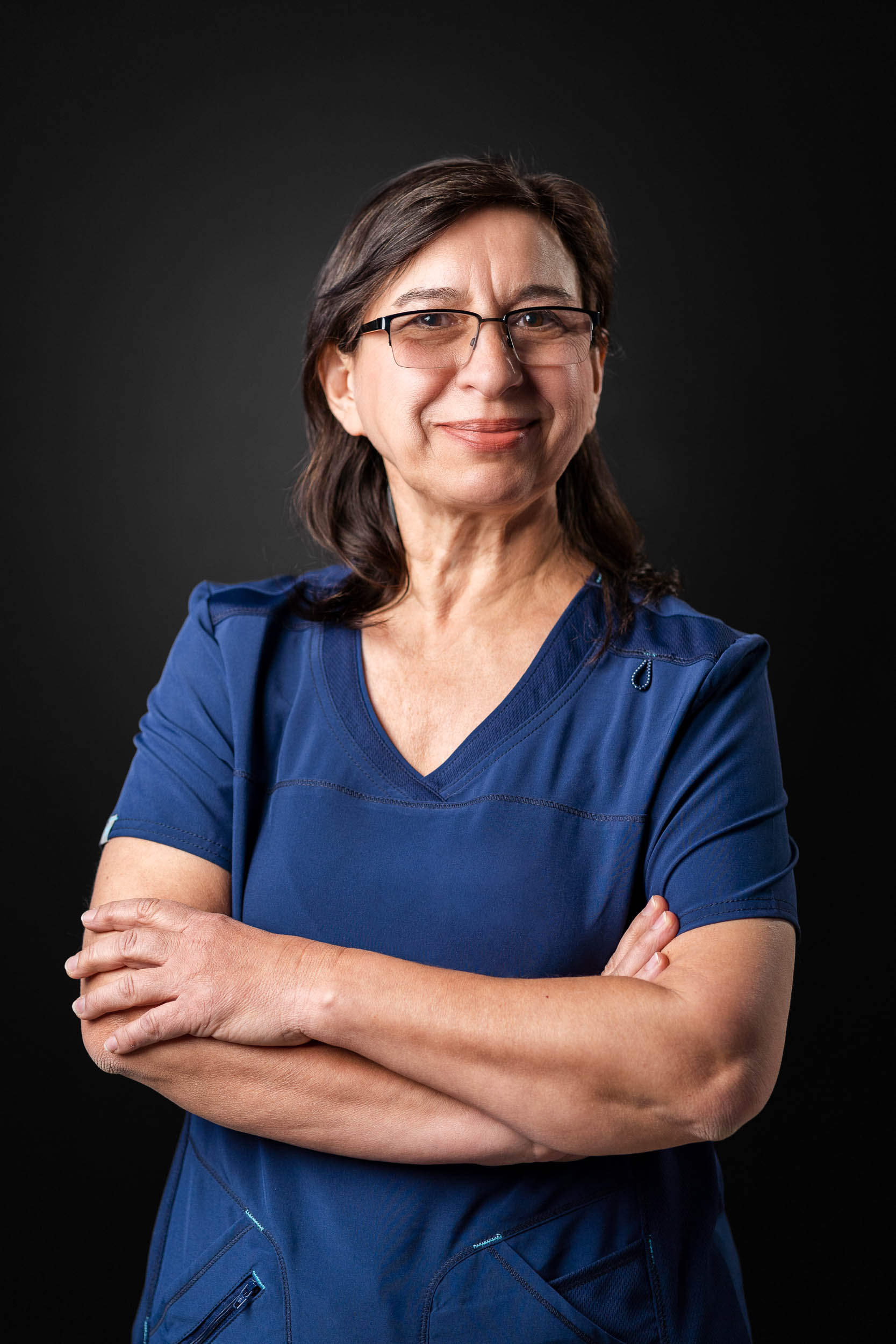 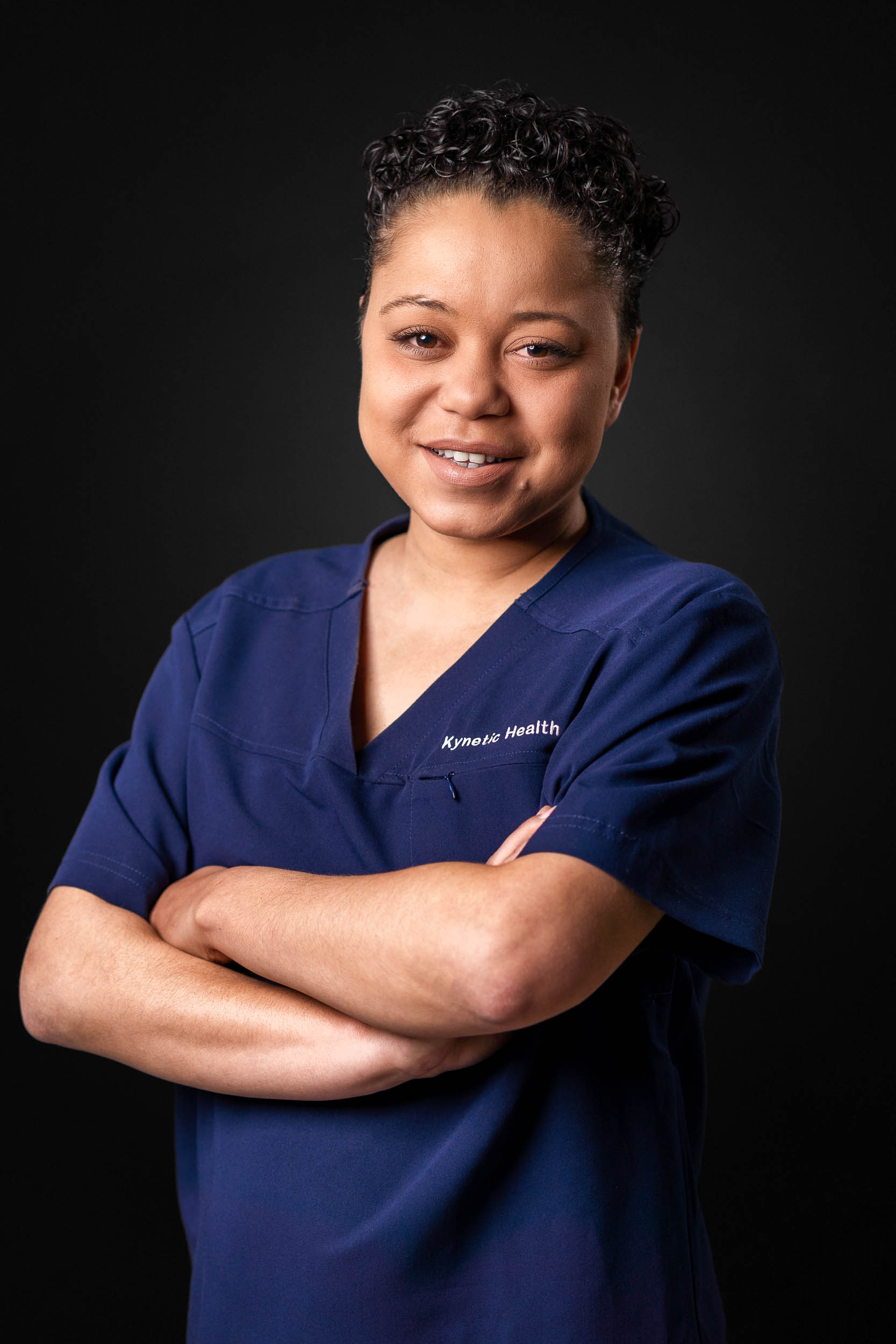 “There is nothing more important than providing our patients with the best care and helping them through their healing process”.

Tosha Rife recently returned to her home town of Sierra Vista from Las Vegas Nevada where she worked as a medical clerk for an orthopedic group. 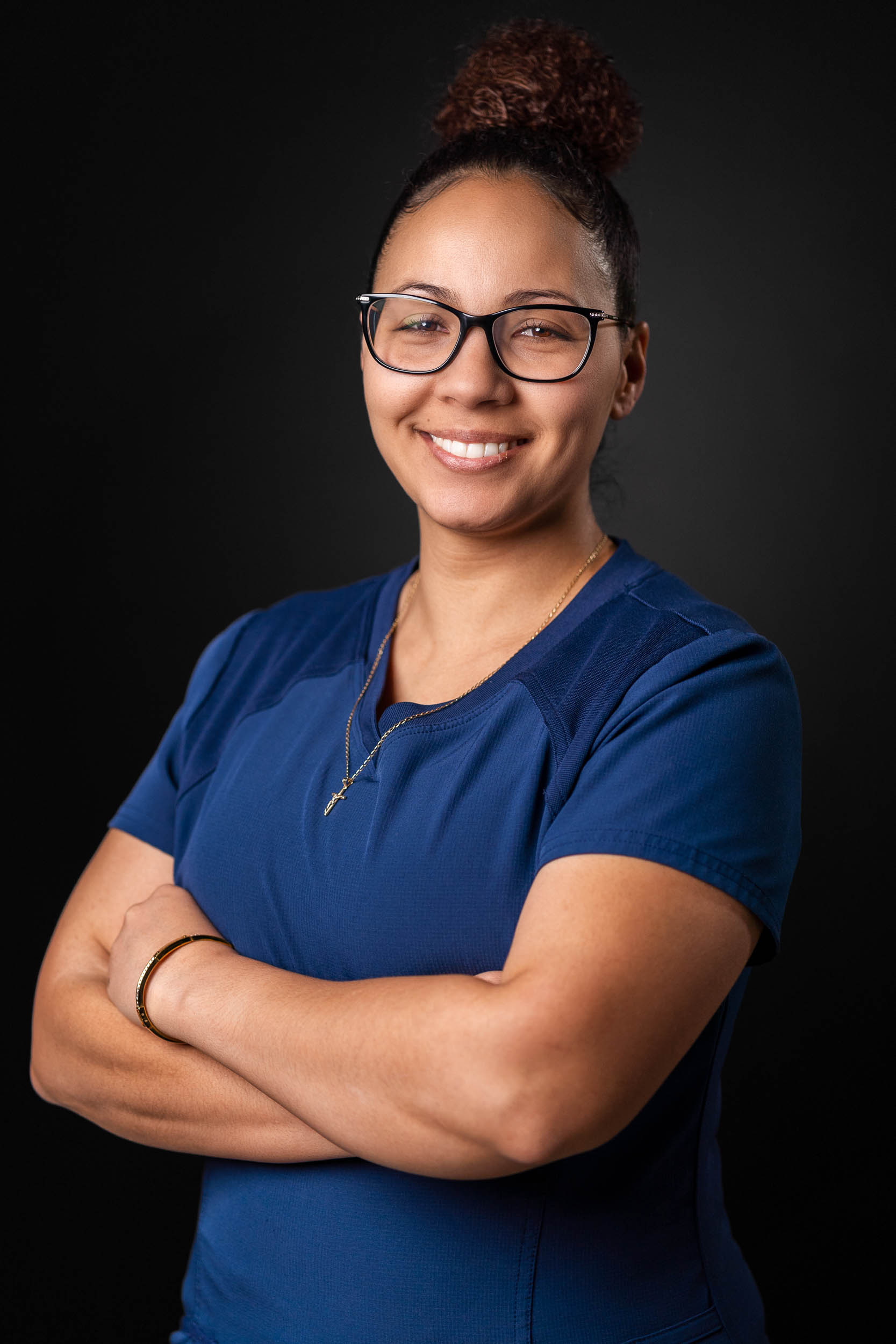 “What I love about working at Kynetic Health is that I get to learn something new everyday and also be a part of the amazing quality of care for our patients”.

Kisha grew up here in Sierra Vista, Az. She started caregiving for the elderly when she turned twenty and graduated to became a Medical Assistant in 2021. 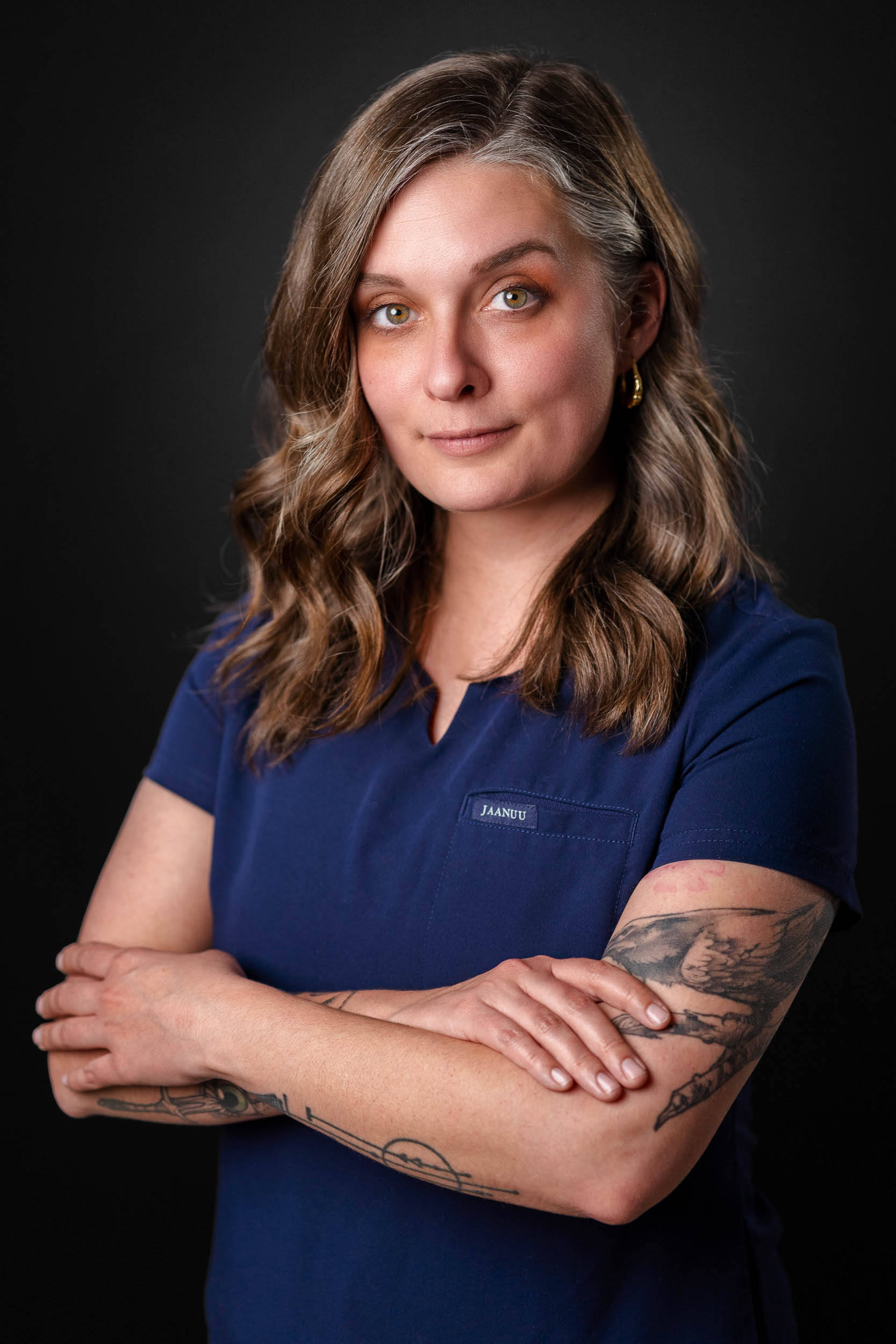 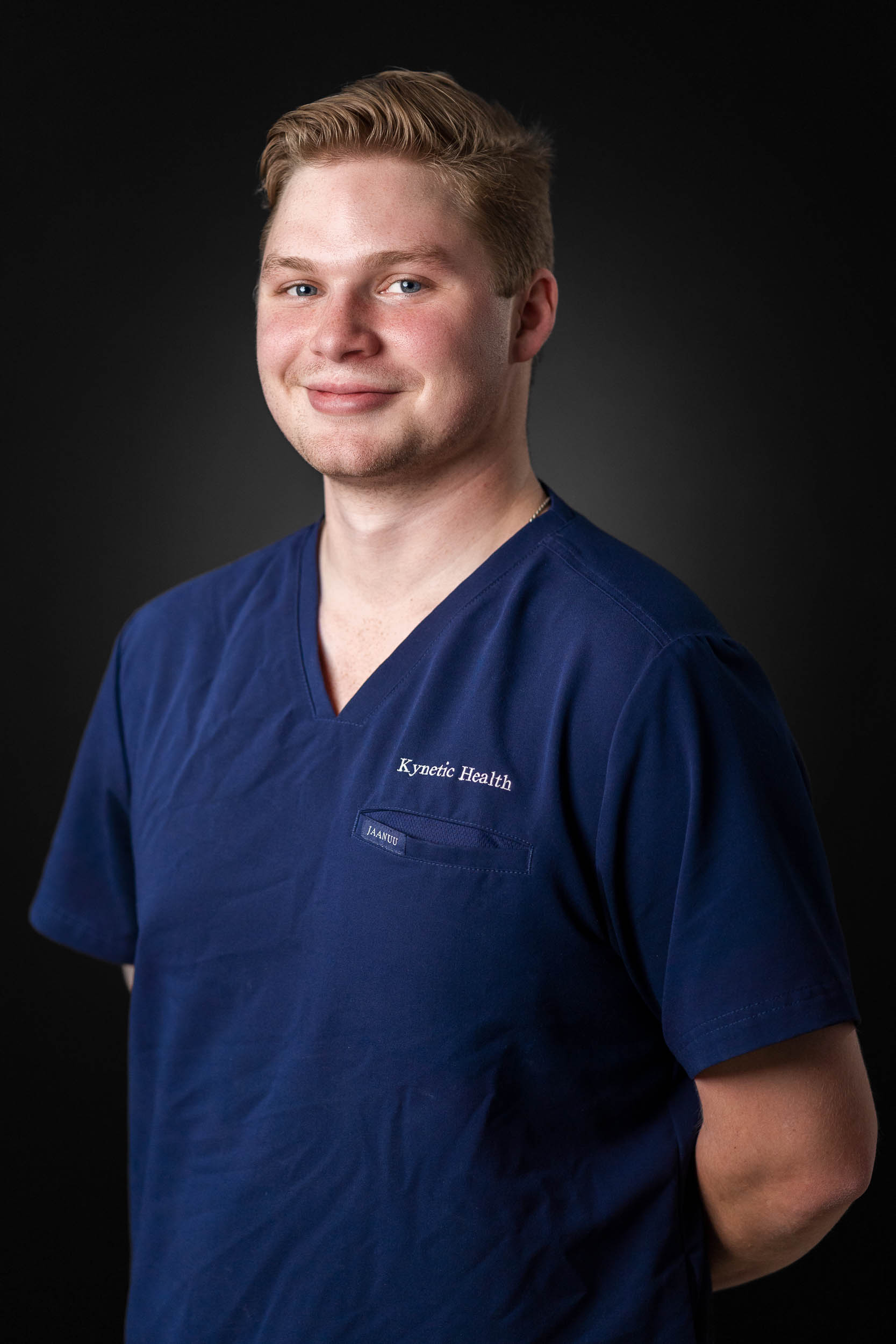 “By far, my favourite part about working at Kynetic Health is collaborating with the staff. We push each other to improve the business as well as ourselves and that is ultimately what gets me out of bed every morning”.

Anakin is currently pursuing his Business Administration degree from Cochise College – in the meantime he works alongside every member of the Kynetic Health team to ensure they always have exactly what they need. 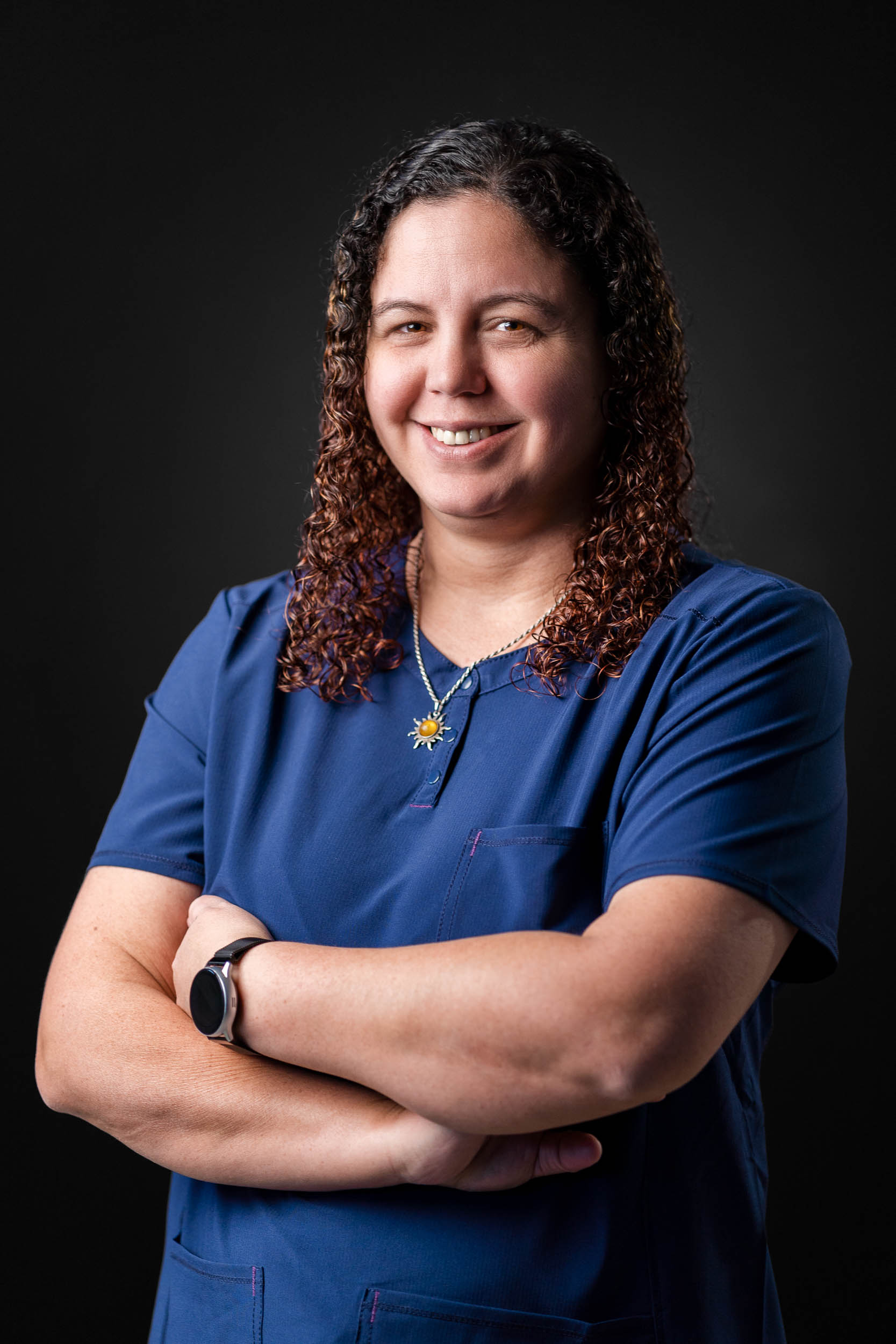 “At Kynetic Health you are part of a team from the doctors all the way down to the front desk. Everyone is respectful of each other and are willing to help each other out”.

Sunshine was in the Air Force and, upon retiring, received a certificate in Massage Therapy. In addition, she obtained an Associates Degree in both Medical Billing and Health Information Technology as well as a certificate in Healthcare Office Administration. To top if off, she is also a Certified Coding Associate.

Our clinic was recently featured in the Sierra Vista Herald, read all about us using the link below. 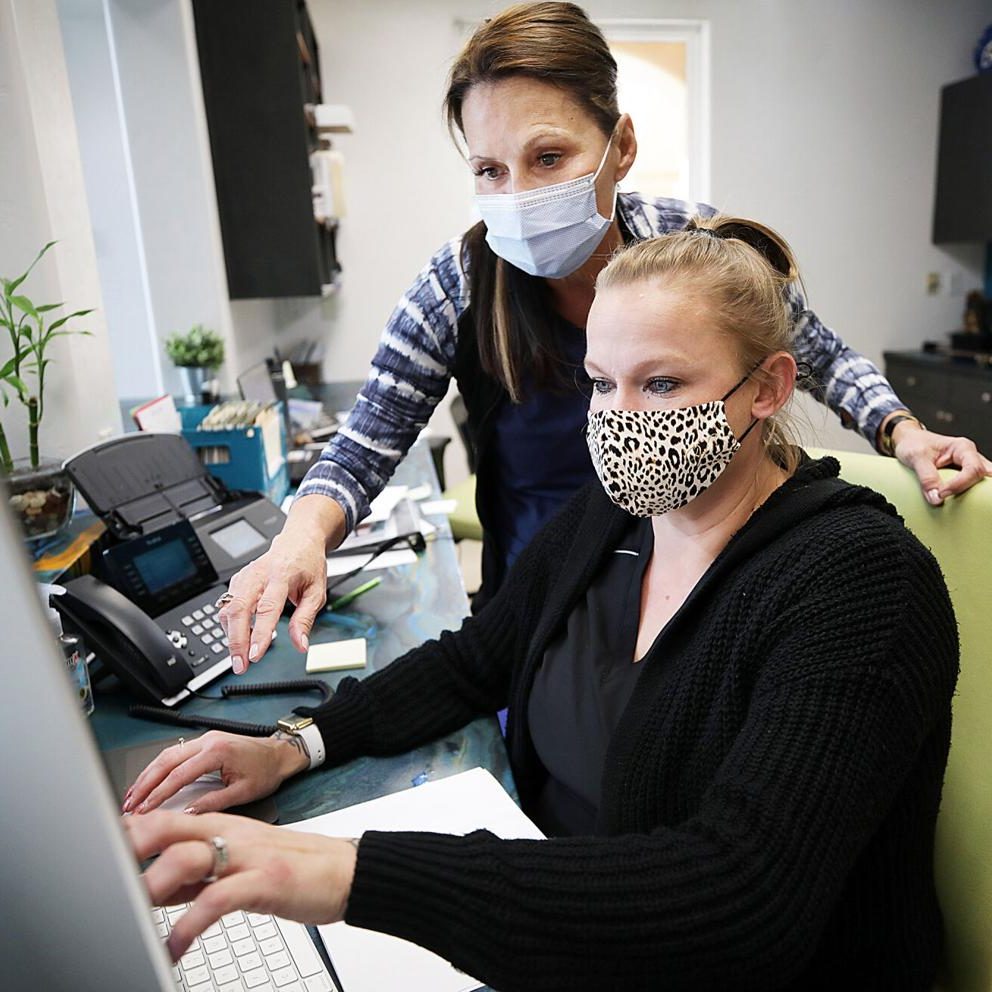